How Will the New Licences for Short-Term Lets Impact the PRS? 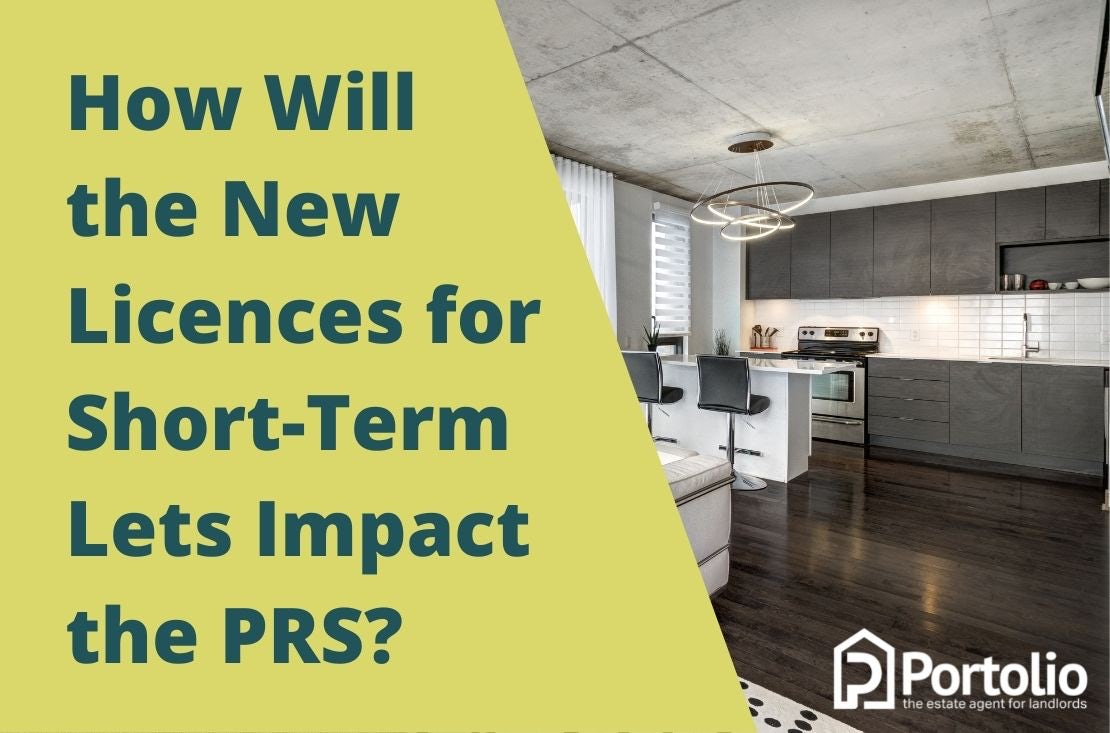 It’s all change in the world of short-term lets… but what does it mean for you?

While operators of short-term lets have enjoyed success in their business, there has been a great deal of pushback from local communities concerned about the impact of short-term stay accommodation in their area.

Following a consultation in 2019, and extensive feedback from local businesses and communities, the Scottish Government has now approved legislation which requires all operators to apply for new licences for short-term lets.

The consequences for the private rented sector could be profound, so as Scotland’s only Landlord’s Estate Agent, I thought this would be a good time to look at the situation and explore what the possible outcomes could be.

To get some useful insight on what’s happening in the short term lets market, I spoke to François Boissière, a short-stay specialist who owns and runs the Edinburgh Flats Company.

I’m sure you’ll find what he has to say as interesting as I have!

How will the new licences for short-term lets impact the PRS?

It’s a good question, but before we get ahead of ourselves, let’s take a look at the background first.

Under the new proposals, each council will have until October 2022 to devise a licensing system for all short-term let properties, and their operators will then have until 1 July 2024 to apply for a licence.

In Edinburgh, where the proliferation of AirBnB properties and holiday lets has led to protests and multiple complaints from local communities, the response from MSPs was to introduce a short-term let ‘control zone’.

This means that in addition to the required licences, planning permission would always be required for any change of use in regard to whole properties for short-term lets.

As to how far this ‘control zone’ will extend, the proposed initiative is city-wide, which seems odd when you consider the high concentration of AirBnB and holiday lets in the city centre.

So why is the proposed control area citywide? The reasoning behind it is if the control zone was limited to the city centre and Leith, then neighbouring areas would then become targets for greater numbers of short-term lets.

While this is a reasonable assumption there are concerns about the one-size-fits-all nature of the legislation.

François Boissière agrees that while there should be a form of scheme that landlords and operators sign up to, he has concerns, acknowledging that:

“We are in a totally unregulated industry and the success of Airbnb, in particular, has opened this up to many people who would not otherwise have become involved. The majority of short term let operators are decent, law-abiding people who only want the best for their guests but clearly there are some who are not. Therefore, it can only be a good thing to weed out these operators but the concern is that what the Government is doing here is taking the proverbial sledgehammer to crack a nut and this will result in unintended consequences of good business operators closing for good.”

The council has recently completed a consultation on implementing a city-wide control area and the planning committee has consequently approved the designation. This in turn has to be approved by MSPs which is where we are currently at.

What are the possible effects on the PRS?

Here’s what François had to say:

“There will be a number of STL (short term let) operators who will likely look to leave this market, in particular those who previously let out their properties on long term lets and who switched to the STL market a few years ago when there was substantial interest in this market due to a rise in popularity in Airbnb.

I would therefore expect properties to return to the long term rental market which could have an effect on lowering monthly rental rates although the extent of this probably won’t be known for some time.”

The STL market was already more fragile in the wake of the Covid 19 pandemic, with some finding that these new regulations will be the final straw. So what could the knock-on effects of this exodus to the long-term rental market be?

The problem of oversupply

An oversupply of properties in the PRS from landlords moving from STL to private, long-term accommodation could pose problems to current landlords renting out their properties.

With a widely reported increase in enquiries from STL landlords to letting agents, it’s clear that the rumoured exodus from the STL to the PRS has a basis in fact. One of the likely outcomes of this would be a plateau in rents.

Second, but no less important, is the issue of the former STL properties having a distinct advantage over their private rented sector (PRS) counterparts.

A  former STL which has constantly been kept to a high standard will have a distinct advantage over the average PRS property, which may not have been updated for years.

In the case of supply exceeding demand, it’s a reasonable assumption that potential renters will choose the more attractive option available to them.

A win for the Scottish Government, a loss for landlords?

François says: “It has always been the intention of the Scottish Government to take privately owned properties out of the STL market and bring them into the private housing sector.”

He continues: “The Pandemic has already forced a lot of our operators out of our business and the prospect of regulations and licensing, with the uncertainty that these will bring, will surely drive landlords away from the business.”

With landlords already stretched by financial demands from upgrading their properties and keeping certificates up to date, extra cosmetic work may be beyond their budget. The result may be that they find themselves with void periods and loss of income.

Landlords who are faced with these issues may decide to get out of the rental market altogether, and while this could potentially lead to a much needed increase in housing stock, it goes without saying that this isn’t a preferred option.

I understand it’s difficult to get a clear picture of what to expect when there’s so much uncertainty right now, but as Scotland’s only estate agent for landlords, we can see that whatever the situation, the need for private rented accommodation continues.

So, if you find yourself concerned about the situation, get your power team together and ask yourself whether you’re in a strong position right now. Talk to your letting agent if you have one, as they will be in the know regarding all local developments.

Once you’re up to speed, look at your tenants. Are they reliable and likely to be renting long-term? If not, do you have the resources to withstand a void period?

You may be in a stronger position than you think, and may even be in a position to consider a second buy-to-let property. If not, though, there are always options, such as selling your tenanted property.

This is much less hassle than you might think, especially if you use an estate agent with a proven track record in buying and selling tenanted property.

I hope François and I have managed to shed some light on what’s happening in the shor-term let market and how it might impact the private rented sector. There is a great deal of information out there, and sometimes you just need a little help sifting through it.

When it comes to property as an investment, you can never be too well-informed about anything that might impact your returns, so always make the most of any information out there.

We’re always happy to answer any questions about buying and selling tenanted property, so you are always welcome to get in touch with us for a free, no obligation consultation.

Written by Ross MacDonald, Director of Sales & Cofounder of Portolio

What Happens on the Day a Tenanted Property is Sold?
Previous Article
Landlord Advice: How Will High Inflation Impact Rent Prices?
Next Article
Thank you for booking - we will respond within 24 hours.